The Alchemy of Maria Magdalena Campos-Pons 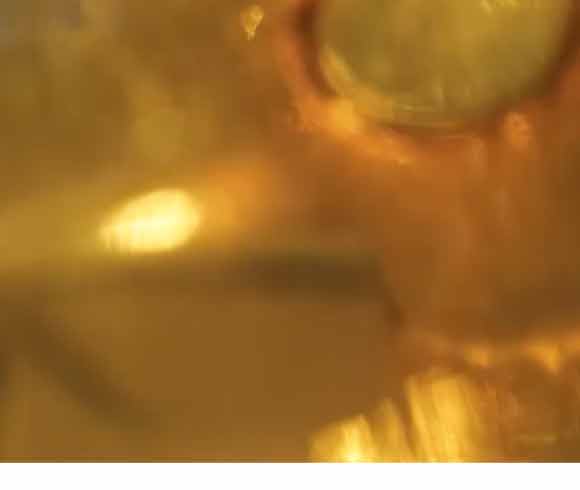 The Alchemy of Maria Magdalena Campos-Pons

Maria Magdalena Campos-Pons is an alchemist. Not in the literal sense—she does not search for the mythical sorcerer's stone, turn base metal into gold, nor fashion life-giving elixirs—but in the most profound metaphorical sense. Over the past thirty years, Campos-Pons has practiced a form of artistic alchemy. She has transformed the painful histories of the trans-Atlantic slave trade, of exile, and of racial and gender discrimination into art, capturing and transmuting injustices into objects of beauty and lyricism. By drawing upon personal, cultural, and archival memory, and layers of dream life, she makes her experiences in Cuba and as a Cuban exile visible through a range of mediums—painting, photography, video, sound, constructed installations, and blown glass—as well as gathered organic found materials.

Her latest installation, Alchemy of the Soul, Elixir for the Spirits, a collaboration with her husband, composer Neil Leonard, is the focal point of the exhibition and Campos-Pons's most ambitious work to date. Commissioned by the Peabody Essex Museum, Alchemy of the Soul, Elixir for the Spirits is a large-scale sculptural installation made from blown glass and designed by the artist to evoke memories of the Cuban sugar and rum industries. Campos-Pons conceived and developed the work over the past two years at a pivotal moment in relations between Cuba and the United States. After more than half a century of hostilities characterized by mistrust, conflict, and embargo, the two nations reached an agreement to restore diplomatic relations and, on August 14, 2015, the United States Embassy in Havana reopened. 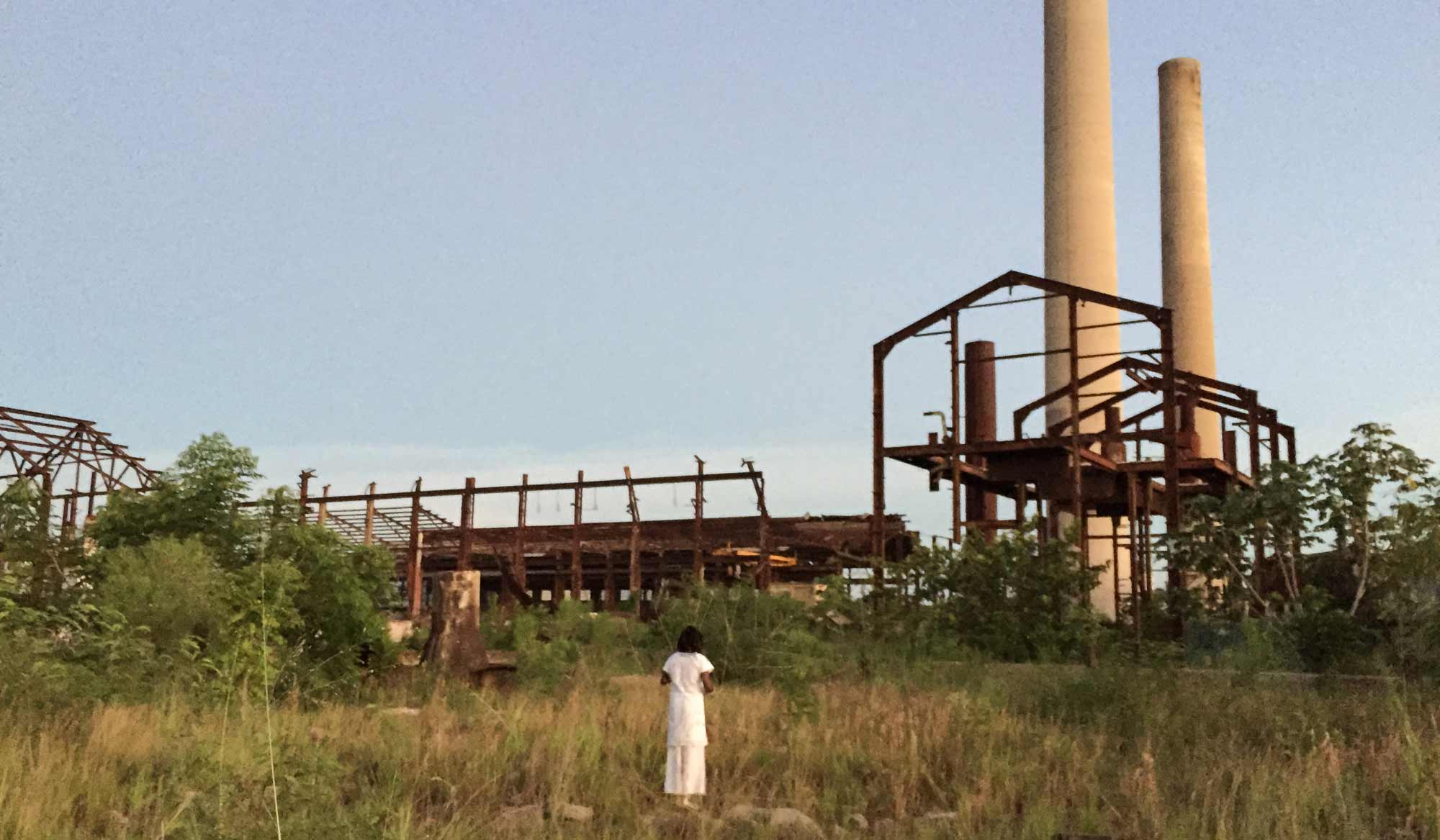 Inherent in the geopolitical dynamic is the prospect of a new, more constructive alignment between these two historic enemies. The potential to reimagine new possibilities for Cuba is also the central artistic metaphor for Alchemy of the Soul, Elixir for the Spirits, which substitutes luminous glass forms for the cold industrial materials of a true sugar mill (Figure 1). The exhibition also encompasses six other major works by Campos-Pons created over the past decade. These include large-scale, photo-based pieces along with watercolor paintings and a mixed-media construction, all made by the artist in the years following the end of her eleven-year exile from Cuba. Like her earlier work, the pieces address themes of diasporic distance, memory, and loss. What distinguishes them, and what can be seen as constituting this new phase of Campos-Pons's work, is their shared emphasis on alchemical transformation: these works convey the possibility of reconciliation coming from loss, connection replacing dislocation, joy superseding sorrow.

Any meaningful understanding of Campos-Pons's work must take her island birthplace as the point of departure. The culturally rich, politically complex nation is Campos-Pons's lodestone, and her memory is the candle around which the moths of her imagination flutter. She describes her connection to her home country:

“I always say that my relation with Cuba is a deep, profound relation of love, daring love, and romantic love. Every year that I have been living out of Cuba, I miss Cuba, every single day. But also, [my leaving] was a question of my own set of beliefs and my own set of ethical standards.”

The subjects that inhabit her thoughts and memories, and find expression in her art, that are worked, reworked, and reworked yet again in pieces of different mediums and scale, emanate from her roots growing up in a rural Cuban farming community. The artist will tell you she is and will always remain a guajira, a Cuban peasant woman, and like the rich, red soil of that village, "my feet are red forever, because I was born here."

Raised in a former slave barrack, Campos-Pons has made the conceptual terrain of slavery and its impact a repeated theme in her art. Tracing back through her family history, seven of her great-grandparents were Yoruba, having been enslaved in what is today Nigeria and brought to Cuba during the final wave of the Cuban slave trade, between 1838 and 1866. Most slaves brought to Cuba through the Middle Passage were destined to work the sugarcane fields, backbreaking labor that stoked Cuba's centuries-old sugar economy. Central to the dehumanizing aspects of slavery is the nature of labor itself. A complex and disruptive narrative of Cuba's sugar and rum industries has occupied Campos-Pons's consciousness for decades.

Curator and theorist Okwui Enwezor argues that Campos-Pons's work reflects the powerful character of the "diasporic imagination," the unruly legacy of "displacement, dispersal, and loss." In 1990, the artist found herself faced with the difficult choice of leaving Cuba, first traveling to Canada and then to the United States, where she has lived since. It was not until 2001 that Campos-Pons was able to return to Cuba or to see her mother and other members of her family. Just as the straits of Florida lead out to open water, so too Campos-Pons's artistic imagination expanded during the decades following her departure to include what sociologist Paul Gilroy has called the black Atlantic, the geographic, spatial, and cultural region encompassing the African diaspora. Her work embodies the enduring experience of loss and memory, transcending cultural rifts to claim a place for complicated stories in a transnational context.

From the start of her career, Campos-Pons has grounded her work in the particularity of her own experience—her family, her own body, places she recalls from childhood, stories she heard at her grandparents' knees. She avoids striving for some elusive form of universality, actively resisting the term when it has been applied to her art. Study a piece by Campos-Pons and it quickly becomes clear that she is more interested in asking questions than answering them, making an invitation to the viewer than creating moments of confrontation.

"From the beginning of my work to today," the artist imparts, "I wanted to say things that were sometimes even harsh, but I didn't want to scream about it, I wanted to find a way that was delicate, that had nuances, that engaged my viewer in a charming way." A measure of poetry, of subtlety, is important to Campos-Pons, an attitude that is particularly evident in Alchemy of the Soul, Elixir for the Spirits, where lyrical glass forms and an evocative soundscape suggest a sugar mill, but do not demand a confrontational engagement with the historic cruelty of Cuban sugar production in past centuries. "You don't need to say the hardest things in the loudest way," she insists. Turning painful legacies into works of beauty, this effort captures the dimension of Campos-Pons's artistic practice, particularly in the recent work included in the exhibition—truly a worthy alchemical alternative to turning lead into gold.